1  Give ear, O my people, to my teaching;
incline your ears to the words of my mouth!
2  I will open my mouth in a parable;
I will utter dark sayings from of old,
3  things that we have heard and known,
that our fathers have told us.
4  We will not hide them from their children,
but tell to the coming generation
the glorious deeds of the LORD, and his might,
and the wonders that he has done.

5  He established a testimony in Jacob
and appointed a law in Israel,
which he commanded our fathers
to teach to their children,
6  that the next generation might know them,
the children yet unborn,
and arise and tell them to their children,
7      so that they should set their hope in God
and not forget the works of God,
but keep his commandments;
8  and that they should not be like their fathers,
a stubborn and rebellious generation,
a generation whose heart was not steadfast,
whose spirit was not faithful to God.

9  The Ephraimites, armed with the bow,
turned back on the day of battle.
10  They did not keep God's covenant,
but refused to walk according to his law.
11  They forgot his works
and the wonders that he had shown them.
12  In the sight of their fathers he performed wonders
in the land of Egypt, in the fields of Zoan.
13  He divided the sea and let them pass through it,
and made the waters stand like a heap.
14  In the daytime he led them with a cloud,
and all the night with a fiery light.
15  He split rocks in the wilderness
and gave them drink abundantly as from the deep.
16  He made streams come out of the rock
and caused waters to flow down like rivers.

17  Yet they sinned still more against him,
rebelling against the Most High in the desert.
18  They tested God in their heart
by demanding the food they craved.
19  They spoke against God, saying,
“Can God spread a table in the wilderness?
20  He struck the rock so that water gushed out
and streams overflowed.
Can he also give bread
or provide meat for his people?”

21  Therefore, when the LORD heard, he was full of wrath;
a fire was kindled against Jacob;
his anger rose against Israel,
22  because they did not believe in God
and did not trust his saving power.
23  Yet he commanded the skies above
and opened the doors of heaven,
24  and he rained down on them manna to eat
and gave them the grain of heaven.
25  Man ate of the bread of the angels;
he sent them food in abundance.
26  He caused the east wind to blow in the heavens,
and by his power he led out the south wind;
27  he rained meat on them like dust,
winged birds like the sand of the seas;
28  he let them fall in the midst of their camp,
all around their dwellings.
29  And they ate and were well filled,
for he gave them what they craved.
30  But before they had satisfied their craving,
while the food was still in their mouths,
31  the anger of God rose against them,
and he killed the strongest of them
and laid low the young men of Israel.

We are called to tell others about God's love so we may all find hope and life in Him and turn away from our destructive, sinful ways. 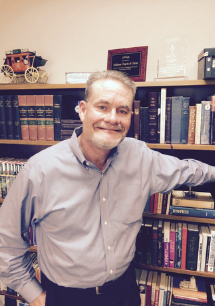 If you ask Chuck his favorite thing in life to do, he would tell you it is the teaching and preaching of the scriptures and to call all people to engage in the great adventure of abiding with Christ. He desires to connect people with the richness, adventure, and fullness of life that comes through Christ alone and to reach the unchurched, de-churched, dead-churched, and unmoved. Chuck is married to his best friend Kristin and has two adult children, Taylor and Linley. Kris and Chuck believe the quality of their marriage rises and falls, not on circumstances or feelings, but based on their daily abiding with Jesus (Jn 15.5). 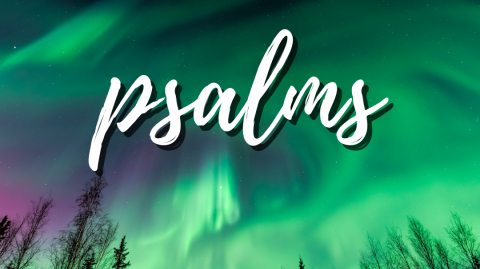 Look Back to Move Forward

Not for Me but for the Glory of Your Name